Splunk recently released Remote Work Insights - Executive Dashboards. An organization can create interesting dashboards by collecting data from tools like Zoom, Okta and the VPN software. This can enable executives to figure out how well their remote tools are working and where people are spending time. 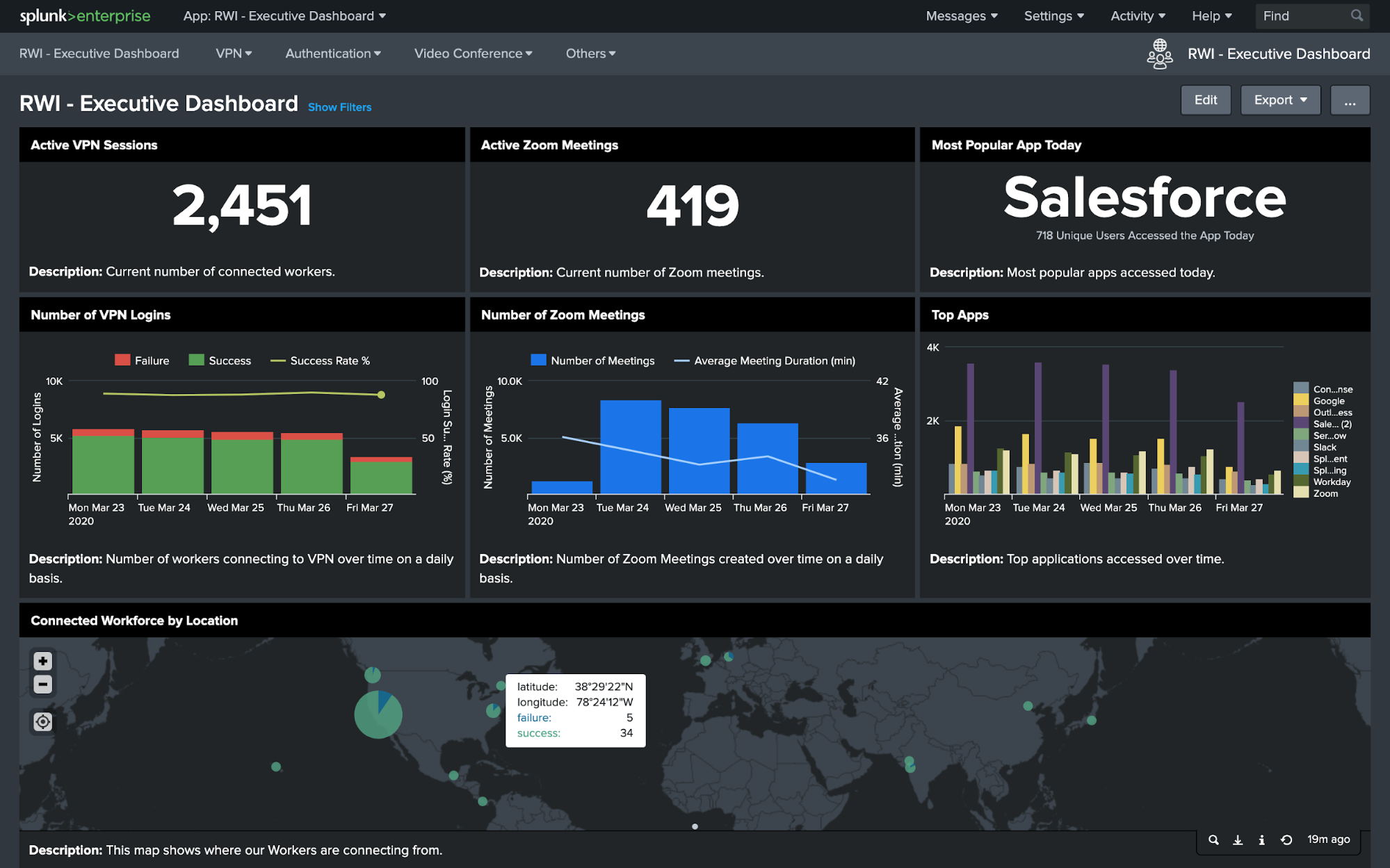 Splunk Remote Insights - Dashboard Now, Splunk had to face lots of flak because of this. People got enraged that this is a corporations trying to extract work from their employee, that too when everybody is struggling on their own. But if you look carefully, I am not sure that is the objective. They are not trying to monitor if people are doing their jobs. They are just trying to figure out if people have enough access to do the work, are they facing any difficulties, etc.

It is very similar to how you monitor an app or service. Remote working tools like Zoom, VPNs, etc. are providing a service. How do we figure out if they are working well for the employees? If certain location shows high number of failures in VPN logging, there might be some issue with the VPN provider or network of that area. If people are spending too much time on meetings, then there needs to be some sort of training to be more productive over Zoom.

Since, this is a new experience for many teams, monitoring the tools more closely only helps to figure out issues and solve it.

This is what I call "Tools Observability" and we get more remote friendly, this will get more important.

Today I attended a SaaS Virtual Happy Hour meetup organized by Nathan Latka of GetLatka. It was a really fun event. The attendees were SaaS founders and investors. Every few minutes you would be paired with a random person in the group and you will chit-chat for 3-4 minutes.

There were ~70-80 people who were live for ~1 hr event. I met 5 people from different corners of the world. Poland, London, New York City & Germany. Two of them had recently been to India. One even has a dev team in India.

It was curious meeting people from different parts of the world whom I would not normally meet. You could say that 3-4 minutes was a very small time to chat on any thing in detail - but it was good to get to know about the other person.

The session was powered by this SaaS product - https://icebreaker.video . Do check it out.

A remote only world is creating new platforms and formats of interaction. It is also making the world flatter. Since, there are no local meetups now, I can now attend any virtual meetup, webinar happening around the world.

For someone who is building a global SaaS product, this is really a blessing 😀 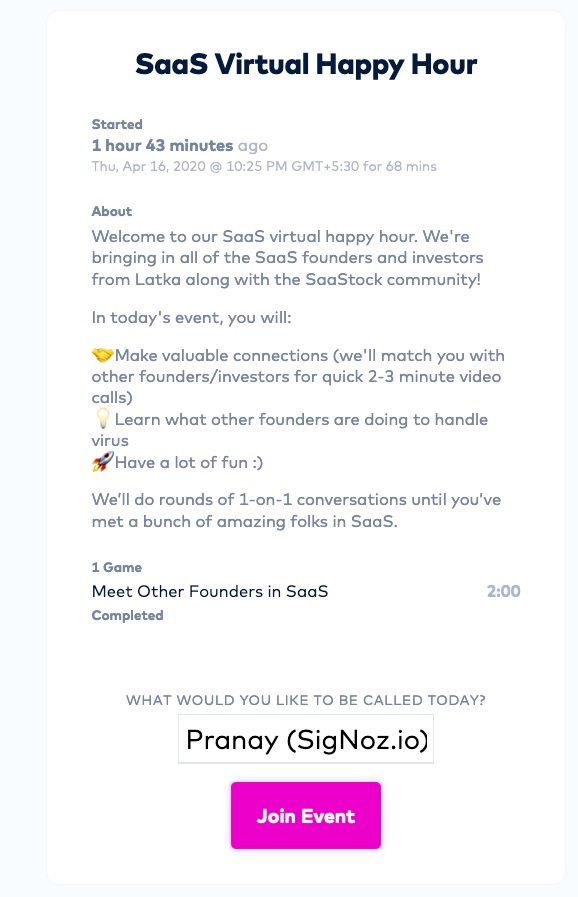 New formats of virtual interaction are emerging with extended lockdowns :)

Today I wanted to spin up a Kubernetes cluster on my Azure cloud. To my surprise, I was not able to allocate virtual machines (VMs) for the cluster. 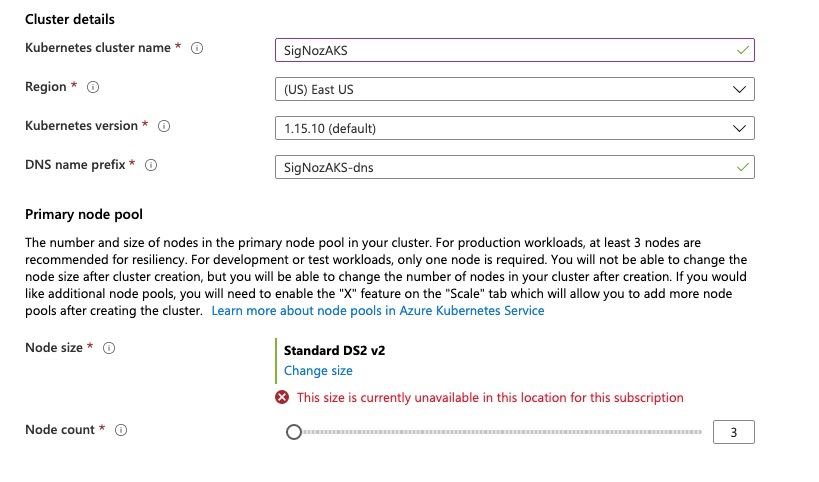 I thought that there was something wrong with my subscription, and hence reached out to customer support. The reply I got was very interesting.

There was nothing wrong with my subscription or account. It was just that I was using free Azure credits for my account and Azure was just not allowing free credit users to create VMs.

And what was the reason?

You can read the response above. But in summary the top priority for compute resources will be given to:

I am not sure how much extra compute resources would the first 2 categories take, but the third one was very interesting.

Microsoft Teams was seeing so much spike in usage that they have to cut down VMs for free credit users. Just imagine for a minute, the compute facility which we have been used to thinking to be abundantly available is now rationed - because people are spending too much time chatting & on video calls.

This made me think, what if the world moves to 100% remote. Do we have enough compute infra to support this transition? As people spend more time online, they will be doing more video calls, sharing more videos, exchanging more memes and the data load will increase exponentially. Do we have enough compute resources with all cloud players like AWS, GCP, Azure, etc. combined  to bear this burden?

If you think about it, simulating reality is not trivial. As a recent episode of Westworld shows, Maeve was able to hack the simulation by overloading it. 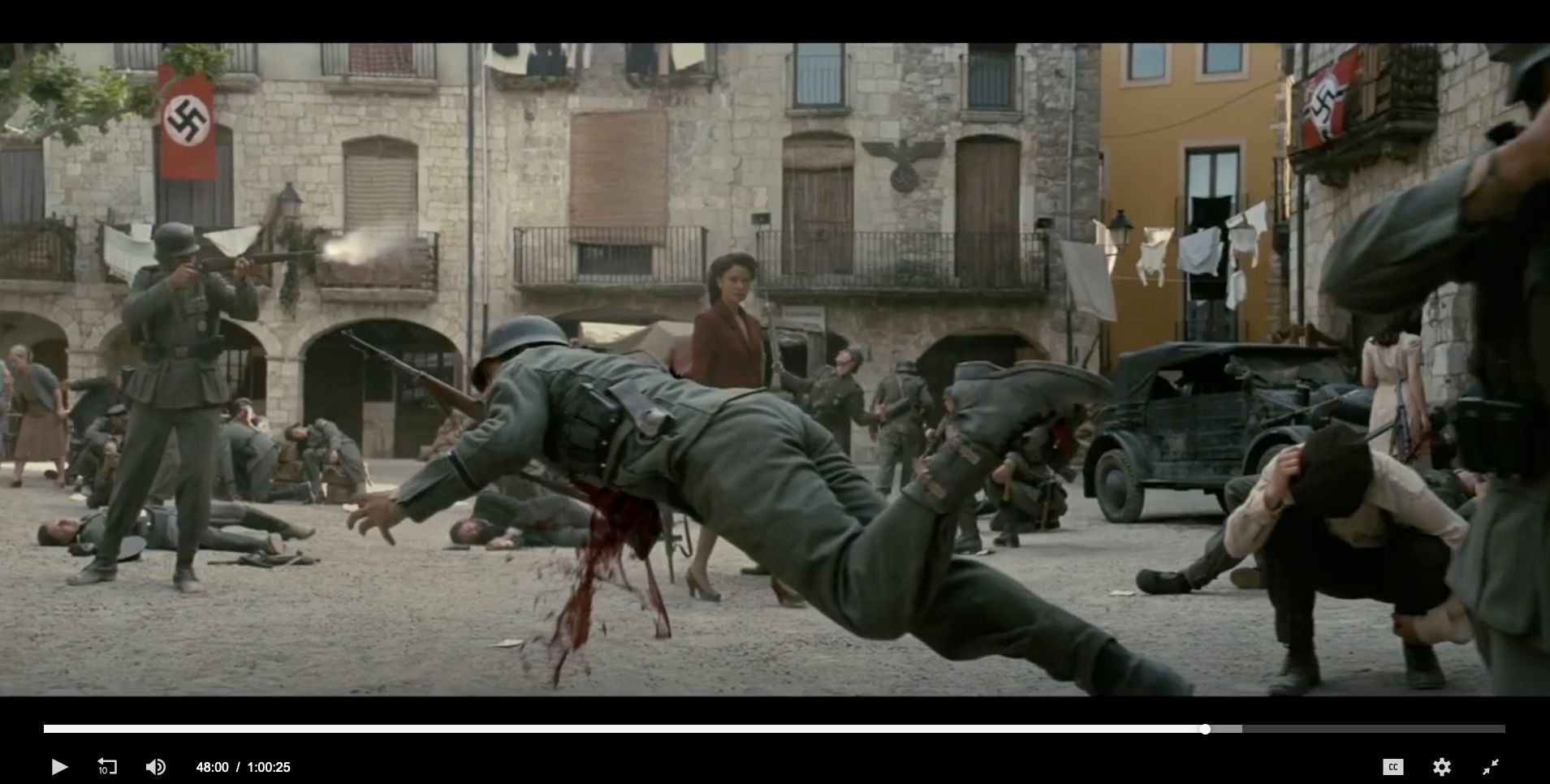 Scene from Episode 3, Westworld Season 3 Greg Egan deals with the idea of simulated reality extensively in his book Permutation City. One of the core question which Permutation City asks is this:

Is there a difference between a computer simulation of a person and a "real" person?

Now, of course, simulation is a much harder task than the video calls which we are concerned with currently, but I think this corona virus behavior will fundamentally changed humanity to be more comfortable with videos and digital interactions. This will significantly increase the demand on our current cloud compute resources.

How ready are we for this looming reality?

Update (3/4/2020) : This blog clarifies a lot of things. Also, AWS is able to handle the increased load much better than Azure. https://interconnected.blog/covid-19-stress-tests-cloud-azure-aws/

Today office provides you as a way to earn money and also as a social circle of people. That is why HR department of companies invest so much in fun activities like games, team building exercises, in office yoga etc.

But in the process you lose flexibility.

You are stuck with the colleagues you have, their intellectual levels and their interests

Many people stick to a particular job, which may not be the highest paying as they have found a good set of friends or colleagues

But with the growth of internet and cooridnation costs getting lower - (whatsapp makes meetup planning lot easier, easy availablity of information available on what event is happening where) - this is set to be unbundled. Some companies are now looking to remote jobs as a way to access talent which would otherwise not be accessible to them. Gitlab is a pioneering example of this. They have set up a process on hiring remote people and actively promote remote jobs. Here's their Remote Manifesto.

Of course going to office daily provides you with a set, comfortable routine but it is also stifling.

Though this requires more coordination, it gives you more choice and may be a more optimal value.

You are not stuck with your office colleagues as the only social circle you are part of.